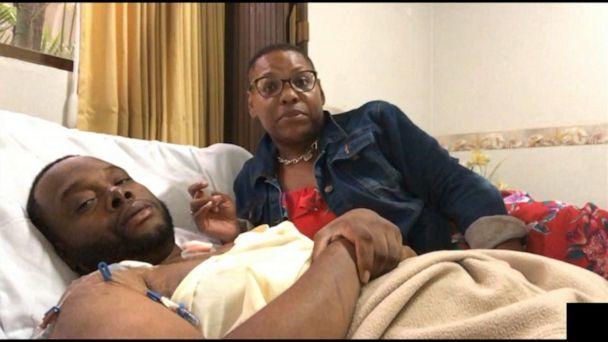 An Atlanta couple forced to seek medical treatment while on a cruise vacation now say they’re being held “hostage” by a hospital in Mexico over an unpaid $14,000 medical bill. This story is why international medical travel insurance to Mexico or any other country is critical. Read on…

Stephen Johnson, 31, and fiancée Tori Austin were two days into their trip on a Carnival Dream cruise ship when Johnson fell ill and was diagnosed on board with pancreatitis and diabetes, CBS affiliate WGCL reported.

At the behest of Carnival, Johnson sought treatment and was hospitalized in the Mexican town of Progreso, where he spent three days in intensive care, Good Morning America reported.

Once he was on the mend, however, he was hit with a $14,000 bill that the couple is unable to pay, as they do not have health or travelers’ insurance.

Austin said she offered $7,000 upfront and asked if they could work out a payment plan for when they were back in the U.S., but that her request was denied, and she and Johnson were barred from leaving the hospital.

“We tried to leave Tuesday, but we were physically assaulted by the administrative staff,” she alleged. “They physically were pushing on him.”

Austin also claimed that hospital staffers locked the windows to further prevent them leaving, and threatened to call the police should they make a break for it.

Added Johnson, “[It’s] hell. I very much so am a hostage. Don’t get sick and have to come to this hospital, that’s one thing I can tell you. They won’t let you leave.” https://www.overseastravelinsuranceservices.com

A U.S. Department of State official confirmed to PEOPLE on Friday that a U.S. citizen was being treated at a Progreso hospital, and that a consular officer visited the citizen in the hospital on Thursday.

The official said the department was monitoring the situation closely.

Austin, meanwhile, shared an emotional video to Facebook on Wednesday, telling her followers she and Johnson were “coming home” and that someone had offered to pay their entire bill.

“Thank you whoever gave the money,” Johnson could be heard yelling in the background of the video.

Austin later wrote on Facebook Friday morning that she and Johnson were still “waiting” in Mexico.

Carnival confirmed to PEOPLE in a statement that a guest on the Carnival Dream had suffered a medical emergency and “was required to seek medical treatment in Progreso.”

“We are not in a position to comment on the personal matters related to his health or the financial arrangements regarding his treatment, but our CareTeam is providing support,” the statement read.

Austin, however, praised the company in a Facebook post, and wrote that their support had been “great” throughout the ordeal, though she did not go into specifics.

The hospital did not immediately respond to PEOPLE’s request for comment.

Since 2003, Overseas Travel Insurance Services has been providing International Travel Medical and Trip Cancellation Insurance to clients all over the world. If you need international travel medical or trip cancellation insurance before you go on vacation, please be sure to reach out to Overseas Travel Insurance Services for all of your travel insurance needs. For more information to insure your trip or vacation, visit us at: https://www.overseastravelinsuranceservices.com